Google, the search engine giant and maker of the popular Android OS is also a key player in the mobile device market. They sell smart phones and tablets under the Nexus brand, which first entered the market in 2010. Since then, Google has partnered with a number of OEMs to manufacture Nexus phones and tablets, including Asus, HTC, LG, Motorola and Samsung.

But no matter who made your Google Nexus phone or tablet, when it needs some help, we're here to lend a hand. We can get it done quickly at a good price, backed by a full six month warranty. 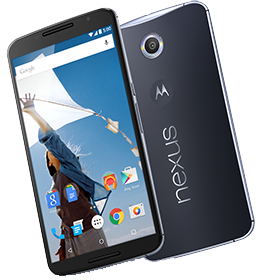 We fix all Nexus models from:
Nexus Tablets:

Why Fix My Cell Utah?

At Fix My Cell Utah, our reputation for quality Google Nexus repair and great service draws customers from many surrounding Utah communities, including: